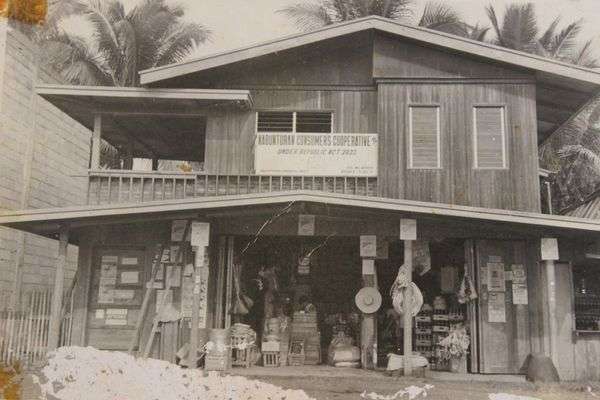 The Nabunturan Barangay Credit Cooperative Inc. was initiated in 1965 by Rev. Fr. John Lennon, a Maryknoll priest, the Parish priest at that time, to respond to farmers' problem of capitalization. Rat infestation in Nabunturan in the years 1963 to 1965 was so damaging that it left the farmers with virtually nothing. Fr. Lennon appealed to prominent families in Nabunturan as well as active in the church to help farmers affected by rat infestation. With 25 original cooperators, the first organizational meeting was held on December 4, 1965. With a starting capital of P2,500.00, the credit cooperative was registered on August 31, 1967.

In 1981, the local government officials, through the then Mayor Prospero S. Amatong manifested their trust and confidence in the coop by giving the Kilusan ng Kabuhayan at Kaunlaran program to the coop, the only coop throughout the Philippines given this privilege.

With the accelerated growth rates in membership and services of the cooperative and realizing that the two coops were servicing the same area and almost the same members, the idea of one multi-purpose cooperative played in the minds of the coop leaders. With the assistance of the Small Business Assistance Center of the Department of Trade and Industry, the mechanics of the merger was conceptualized in 1982.

The integrated cooperative went through a year of interim operation implementing the mechanics of the merger as a “test run”. There was a holdover of officers to give time for the integration to take roots. Dr. Claro Luis Mojica served as the Chairman of the Board from 1979 to 1982. The implementation of the integration was closely observed by the Bureau of Cooperative Development because it was a first, a pioneering step among the Mindanao coops..

In 1982, the Marketing service or agricultural trading was installed. The coop services now counted three: Credit, Consumers and Marketing.

After the ratification of the revised constitution and by-laws, the Nabunturan Integrated Cooperative, Inc. or NICI was registered on April 29, 1983.

NICI recorded a success as an integrated coop, it was made as a model by the Bureau of Cooperative Development for the mergers of other coops.

In 1983, the Marketing operation was in full blast. NICI was engaging into rice, corn, abaca and coffee buy and sell.

On the other hand, through the recommendation of Philippine Business for Social Progress, CCF Philippines invited NICI to be its partner in social services. This gave birth to NCAP (Nabunturan Child Assistance Program), a special project subsidized by Christian Children’s Fund of Richmond, Virginia, USA. 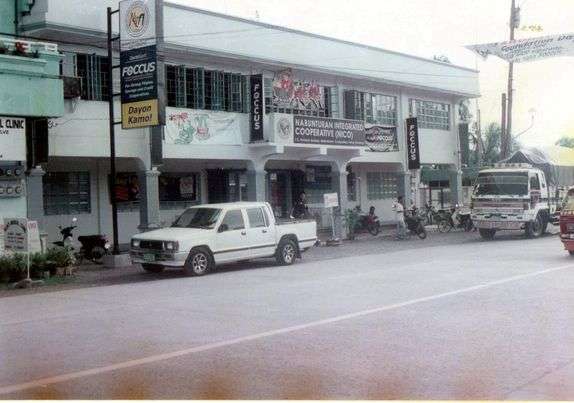 In 1984, the coop transferred to its new building and bodega after many years of renting office spaces. The building was the product of the 5-year retention scheme of the dividend and patronage refund. This really can be called the member&aposs building.

To keep up with the fast changing time, NICI started its computerized recording system, and sent staffs to computer trainings.

The registration of NICI was confirmed by the Cooperative Development Authority under confirmation of Registration No. 237 dated January 31, 1991. The approval of the amendments of the constitution and by-laws as required by CDA on September 3, 1992 has paved to the new name of the organization, the NABUNTURAN INTEGRATED COOPERATIVE (NICO).

In the year 1995, NICO Warehouse was constructed at Km. 94, Brgy. Magsaysay, Nabunturan, Compostela Valley. During that time, the “Warehouse Investment Program”, an internal source of funds collected as savings from members was conceptualized to supplement the project cost. In January 5, 1996, the inauguration and blessing ceremony was held after its completion. Palay products delivered by members and the San Miguel Beer products are being housed at the warehouse.

In 1998, the Credit Union Empowerment and Strengthening (CUES) Philippines, a project of the World Council of Credit Union (WOCCU), has identified NICO as partner in their international outreach program to develop a Model Credit Union through savings mobilization and train low income women pay their loans and save for the future. The MOA with CUES Phils. was signed in June 1998. At the same time, the Savings & Credit with Education (SCWE) section was born, the staff were trained for a month. Series of trainings were attended by coop officers and staff facilitated by CUES personnel.

NICO is a Finance Organization Achieving Certified Credit Union Standards (FOCCUS). NICO is a proud participant of the Model Credit Union Building Program, a technology transferred through the CUES Phils. of the WOCCU. The cooperative has achieved the criteria of becoming a FOCCUS coop. In September 15, 2000, NICO was given brand FOCCUS award by the World Council of Credit Unions. With the achievement of the program, NICO maintain strict prudential standards designed to protect members' asset ensuring operational sustainability and quality member service.

Through the generosity and benevolent support from ABA party-list representative, Hon. Leonardo Q. Montemayor, NICO was able to receive the Countrywide Development Fund in the amount of P1,080,000.00. This was used to develop the second floor area of NICO main building as Training Center for training and educational activities of the cooperative and also served as venue to cater the needs of some important occasions and activities conducted by private groups, government and non-government organizations. Its construction started in the year 2002.